This is a random post, but if like me you grew up in the 90’s, then you’ll have no doubt come across Theme hospital…

Theme Hospital was one of those games that used to be on a CD, took ages to load, had horrendous graphics, but was totally addictive.

Bullfrog (the creators)  were really onto a winner with this one however, as it was hugely popular in its day, which from what I can remember was around 1999.

Good news though- its back!

You start the game with a empty hospital which you make into your very own; hiring and organizing staff all of which try to quit and ask for extortionate amounts of money, and in the higher levels require training. All except the receptionist who seems happy all the time; “2 surgeons required in operating theatre”.

The game is filled with plenty of humor, hilarious diseases such as invisibility, baldness and bloated head, and people like to vomit on the floor just for the hell of it!

I’ve recently become re-addicted to playing Theme Hospital as a mindless source of entertainment- it’s wicked fun!!! On the way back from Australia, I logged an impressive 3 hours on the plane; which even took my mind off the fact that I hate flying- win win!

Because at the end of the day, who doesn’t love to build and  run their own hospital?

So if like me your brain needs to be slightly active to keep it entertained and to relax a little bit, then this game is for you! 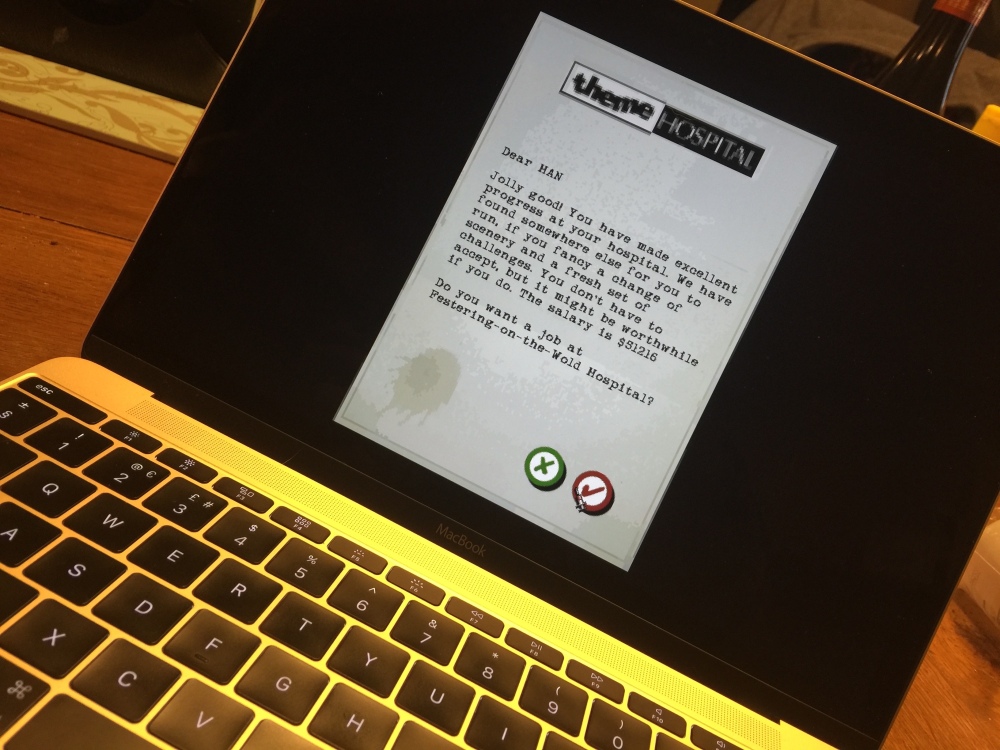